The Seva Yoga Ashram Program is a low-cost program which allows you to stay at the Ananda Meditation Retreat while serving (doing karma yoga) 30 hours per week and  joining in daily meditations, yoga classes, and meals in joyful fellowship with other truth-seekers. Here is an article by Swami Kriyananda on the purpose of karma yoga.

The true karma yogi (one who unites with the Divine through service or seva) tries, by God-reminding activities, to redirect all the wrong impulses of his heart into wholesome channels. More than that, he tries to become aware of the divine energy flowing through him as he acts. As the bhakti yogi is taught to be more concerned with loving purely than with defining exactly what it is that he loves, so also the karma yogi is taught that the spirit in which he serves is more important than the service itself.

Nishkam karma, desireless action, or action without desire for the fruits of action, is karma yoga. All other activity leads, not to yoga (union), but only to further bondage, for it stirs up more waves of likes and dislikes in the heart. (“I’ll just die if I don’t succeed!” “Look everyone – John, Mary, Bill – Isn’t it wonderful what I’ve done? What else could possibly matter any more?” “What happened? John liked what I did, but Mary didn’t. I’ll have to work harder now, until everyone is impressed with my achievements.” Or: “I failed! Nothing in life now is worth living for!”)

With all this personal excitement, the mainstream of life flows by, and all we ever notice of it are the few little sticks that we struggle so desperately to draw into our private orbits, thinking in the acquisition of them to find peace, not realizing that in the very act of whirling with desire we only destroy whatever peace we may presently have.

Activity is a part of being human. We could never find inner freedom if we starved every impulse by inaction. Attunement with the Infinite Creator comes in part by wholesome, creative work, not by denying every manifestation of His power in us. The neutralization of the waves of feeling comes partly by the satisfaction of our wholesome desires. But this satisfaction must result in just that: the neutralization of the feeling-waves. Personal satisfaction must be offered up to the Divine; it must be perceived as a mere ripple on the ocean of cosmic bliss. In this way right activity leads to inner freedom, which is the true, spiritual goal of all action.

Karma yoga does not necessarily consist of building hospitals or doing works that people commonly label religious. Since freedom is the goal, it is also the criterion of right action. If, for example, one’s own nature (which is determined by past karma) impels him to work in the soil, gardening may be a more important – because liberating – activity for him than preaching to multitudes. In every man’s life, the criterion of right activity is that which will bring him, in the highest sense, to a divine state of inner freedom.

The teaching of karma yoga is not, “Do this or that, specifically,” but, “Whatever you do, do it with a sense of freedom. Realize that you are only an instrument of the Divine. Do nothing for selfish ends. Instead, act so as to neutralize, not to agitate, the waves of your likes and dislikes.”

By acting without desire for the fruits of action, the yogi learns to live, not in the past or future, but in the timeless NOW.

By acting consciously as a channel for the Divine, finally, he realizes that actions are effective even objectively, not according to how zealously he works, but according to how much of God he expresses in his work. Because energy is an aspect of God, hard work will bring greater divine attunement than half-hearted, slovenly work. But a simple, divine smile may change more hearts than a thousand windy sermons or learned treatises.

A single walking stick made with divine joy will be, to one sensitive enough to see deeply, a greater work of art than a gigantic sculpture carved with consummate skill, but without profound understanding. The more the yogi, by his selfless actions, develops an awareness of the divine power flowing through him, the more he realizes that he can accomplish more, even for humanity, by becoming still and serving as a transmitting station for the Infinite Power, whose sermons are Silence.

What Other’s Are Saying about our seva yoga program

A balance of meditation, friendship and service with bubbling joy and love.
—Yingbing

The Seva yoga program literally changed my life. It came to me at a time where I needed some deep introspections/ insights into myself and the universe. The kind, supportive, and wise staff at the meditation retreat allowed me to not only grow in my own way, but to become a part of a great spiritual family full of teachers and sages that lead by example. Every day I learned something new about every aspect of this world. If the task at hand was chopping wood, doing dishes, or enjoying a Kirtan with these great souls, it provided deep growth across many planes of consciousness.
—Nick

Finding the retreat and being welcomed into the beautiful soul family that exists there has been such a blessing. I am so thankful for the guidance and love I was showered with. I am leaving with the/a clarity and devotion that will help me tremendously be beneficial on my next journey.
—Allie 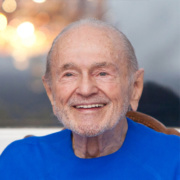 Swami Kriyananda is a direct disciple of Paramhansa Yogananda and founder of Ananda Sangha Worldwide. He has written 150 books and 400 pieces of music, and has also lectured worldwide on how to bring more joy into your life.
Read more

Retreats in the U.S., Italy, and India

Treasures Along the Path

The Education for Life Philosophy